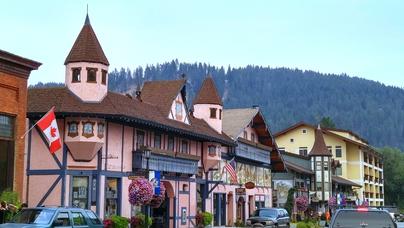 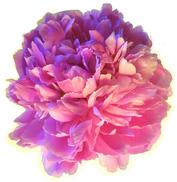 Driving east through the Cascade Mountains of Washington, the state -- who I have always felt a little bad for because it is the only state that requires verification of its state status to differentiate with a city on the other side of the continent (no one ever has to begin a story with "I was in Vermont, the state) -- one gets a sense of being a visitor to another land or another time. The roads feel more like ancient trails as they wind up and down through the soaring mountains filthy with moss encased conifers and thick with the highest sasquatch per square mile population distribution in the entire world. Slivers of alternately icy aquamarine and stark white glacier melt serpentine their way above, beside, and below you as they find passage amongst the simultaneously gnarled and graceful fangs of rock that inspire both your imagination and heart palpitations as you meander through the tunnel into which the rest of your life is forbidden entrance.

As you undulate your way around the Cascades, or American Alps, it is easy to imagine stumbling into a quaint, Alpine village peopled with young goatherders named Hans and cross-dressing wolves with a penchant for monochromatically attired children and their grandmothers. Nevertheless, it still comes as quite a shock when you find yourself rounding a curve and actually driving down the street of the Bavarian village you were imaging only moments before. The town materializing out of your subconscious into reality is Leavenworth, Washington. A dying logging town in the 1960s, it managed to perform a self resurrection when they elected to reinvent themselves as a misplaced bit of Europe in the mountains of the American Pacific Northwest.

My initial thoughts may not have resonated as complimentary. Schmaltzy, saccharine and cheesy were adjectives that came to mind. And they were quite accurate in the literal sense. Other ones I failed to think of that would have been equally accurate were beery, bratwursty, and ice creamy. It felt like Alpine Disney. After wandering around town and chatting with a few locals my opinion proved invalid, in a rather valid, but totally incorrect way.

Leavenworth isn't simply pretending to be a European town. Leavenworth is like an actor who has played a role so long they no longer can distinguish between who they used to be and the part they play. The town has genuinely become that Alpine hamlet in the beauty of the Cascades. Many of the people who live here have spent their entire lives baking fresh bread and pastries, making and eating delicious bratwurst and sauerkraut, selling nutcrackers and distilling wine, then waking in the morning to the sound of an alphorn. After over 50 years of living this life, Leavenworth and its citizens really know no other life. They have become Bavarian. Granted, a rather idealized, touristy, syrupy version of Bavaria, but they seem genuinely fond of and happy in their exaggerated fairytale home. And really, how much more authentic is it for the kid who grew up in the Swiss Alps learning to create exquisite bits of chocolate art than the kid in Leavenworth?

Leavenworth boasts numerous festivals throughout the year and the area abounds in opportunities to participate in skiing, hiking, climbing, whitewater rafting, and kayaking. Or simply sit around sampling foods that will make any of those activities unachievable, if not dangerous, and chat idly with the mountain goats wandering the hillsides. The village applies their Christmas on thick and gaudy, European style, making it an excellent destination for the true Christmas season enthusiast.

So once I let go of my preconceived notions of a fake Alpine village and simply let Leavenworth be Leavenworth I found it to be quite charming. Whether I elected to think of it as Bavarian, American, or some fusion of the two became irrelevant. Leavenworth is a beautiful village existing within pristine nature where one can enjoy delicious homemade sauerkraut while listening to live accordion music, and hey, what could be more real than that?