Basilica Of The Seas 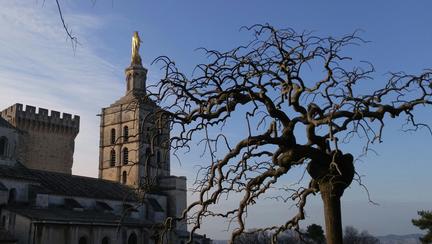 ​​​​​​​​​ St Peter's Bascilica is inspiring.  No debate to the contrary shall even warrant consideration.  But what feelings does it inspire? Awe?  Sure.  But one can find themselves awed by a beautiful symphony, a deadly great white shark, or a particularly foul smelling cab driver.  St Peter's impresses you with its obscene wealth and opulence.  The question that must be asked is this:  Does the Catholic Church need or desire a new image?
That first view of St Peter's Square stuns you.  Majestic and stark white; for a moment you have to stop and wonder if you died and St Peter himself waits just ahead to greet you.  Momentary panic sinks in as you think of all those things you may have to answer for shortly because, let's face it, your life has consisted of little more than a string of idle words and you are about to have a lot of "esplaining a do."  Then I began making a harried search for a possible escape route in case things went as poorly as I expected.  Yet soon I happened to catch a glimpse of a few of the other sojourners approaching with me and realized that if we were all dead there is no way that people about to meet their maker could possibly be behaving so rudely or be in such a hurry.  Therefore, I concluded that I must still be alive and the Vatican really is this awe inspiring.  Well, that was my specific reaction. Other specific reactions may vary.

Once you pass through to the church interior the assault of beauty becomes nearly intolerable.  The only things within the building not covered in gold are the visitors.  And this is only because a few guests died of asphyxiation as a result of the one-time practice of spraying them with gold gilding upon entry.  Perhaps being gold oneself would alleviate some of the out of place feeling that overwhelms you as you stand in the presence of so much papal bling.  Was this always the atmosphere the Church provided for its followers?
The only other existing example of a Church centerpiece we have resides in the southern French town of Avignon.  This 14th century seat of Catholicism has a different feel.  Approaching the Palais des Popes in Avignon (pronounced not as Av-ig-non, but as some bizarre French mangling of the alphabet unpronounceable by proper English speaking persons) you will be impressed by its sheer bulk.  It is a gigantic fortress which certainly awes you with its strength and might.  It is, however, hardly inviting.  Avignon possesses all the grace and charm of Shaq going in for a lay-up.  Not saying I didn't love it.  Avignon's one time site of the Roman Catholic Church is inspiring and amazing.  My point is this:  As the center of the church that resulted from the teachings of the guy that coined the phrase "Let him who is without sin cast the first stone," you might expect something a bit less foreboding.  The Palais des Popes says, "Let anybody who has ever sinned be crushed like the sinful dog that they are."
Avignon clothes itself in brown stonework.  Immutable as the Earth itself, it appears prepared to stand there forever, too stubborn to obey any physical laws of decay that science may present.  "Screw you, Science," Avignon challenges.  "I was here first and I'm not leaving."  And, like most men, it is dumb enough to believe that.  Avignon possesses that masculine subtlety of "Hey, you want to come be impressed by my new boat?"  The Palais des Popes is massive bulk.  It spends every day working out at the gym lifting weights and grunting loudly.  It asks other churches to spot him lifting so they will be impressed by his achievements.  Avignon has self worth issues hidden behind overcompensation behaviors similar to the buying of a fast car or a large truck.

The Vatican takes a different approach to accomplish the same effect.  While Avignon is all about impressing you with its physical strength, St Peter's makes you feel small and inadequate with its beauty and wealth.  Clothed in white marble as a symbol of purity, or perhaps, sterility, St Peter's Square welcomes you with all of the pomp and none of the circumstance.
Don't get me wrong.  I am not one of those people who say churches should be held in shacks and all the money be given to the poor. Even Jesus made the somewhat off-handed comment, "The poor will always be with you." Of course then he turned around and beat a religious leader with a stick. I think. I could be confusing stories a bit.
But the point is, the iconic building that represents the Catholic Church consistently puts forth the same message.  Look at us. Look at all we have and all we have accomplished. Feel small and insignificant in our presence. It is time for a change and that change needs a symbolic move to a new iconic church. A place that makes parishioners feel welcomed and valued. My proposal for the Church: a move to a building that exudes brightness and cheerfulness. An approachable happy place. Love and connection. That is what people are looking for. The Church already has the best possible pope in place. Now they simply need the best possible place to put the pope in.

Which is where my idea comes in. I think it is time to move the seat of the Holy Roman See to international waters. Catholic Cruise Lines makes sense in so many ways, and not simply because I think Francis would make a commanding presence in a captain's uniform. The Church is concerned about filling the pews? Imagine the incredible turnout when mass is on the Lido deck or on the beaches of the Caribbean. Jacuzzi confessionals make everyone more comfortable and open and everyone is going to want to experience water slide baptism. When was the last time you heard of someone asking for second helpings of communion before? Well, that was in the days before conch wafers; and who hasn't dreamed of sipping communion out of a coconut?
You don't have to make a decision right now, Catholic Church.  I merely offer this as a suggestion to reinvigorate your relationship with the people who make up your body.  Make them feel a bit more welcome and a bit less condemned.  I think it's a win for everybody.​