I remember the moment when I decided to make the pilgrimage. It was a Thursday morning - the morning when most important life decisions are made. "Today," I thought, "is the day." I shivered at the thought and attempted briefly to talk myself out of it. I refused to be swayed, which led to insults on both sides and a brief shoving match, which was declared a draw. But finally I accepted that I was going to go through with it, regardless of what some smartass naysayer thought - least of all myself.
I packed a few stores for the journey and set off with little more than a ridiculous dream and some clean underwear. Oh, and a toothbrush, . . . and a suitcase full of clothes. And a Nutri Bullet to make smoothies. Come to think of it the car was quite full, but most of the space was occupied by a dream.
Although I had fantasized about this trip for years, heading down the road I had no precognition of the life-changing event before me. Many hardships awaited as well. At one point my car nearly ran out of gas and I feared I may not make it to the next exit. Another time I actually got off at the wrong exit and was forced to navigate my way through an unknown and foreign town. Still another near-journey-ending trial occurred when the sun was in my eyes and I couldn't locate my sunglasses. Then, just about the time I thought all the obstacles were behind me, I ran into a stretch where the highway went down to one lane. Imposing orange barrels lined the path like stone faced sentinels determined to stand between me and my Mecca. Still, I persevered.
At long last I limped into town - my foot had fallen asleep on the long ride. I paused momentarily, unsure if I felt ready for the important step before me. "Was I even worthy?" I asked myself. "Is anyone?" I responded, nearly starting another argument. Then I caught a glimpse of Nirvana.
In respectful silence I strode in child-like wonder to the sacred shrine. My pilgrimage was at an end and I knew I was forever changed. I knelt in awed reverence a moment before even looking up to read the inscription, and even then had to do so through tear filled eyes.

I had made it. From Peoria, Illinois to Riverside, Iowa. Miles and hours later, through countless hardships and tests of my reserve. Clear across a state line I had trekked. I felt at one with my hero.
But I couldn't stay long. Tomorrow would bring Nebraska and the world's largest ball of stamps. I would need my rest. 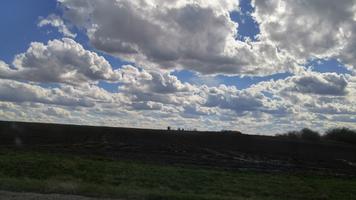