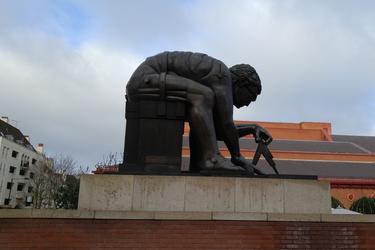 ​​​​​​
I learned something totally shocking in London.  Apparently if you aren't physically present in a place, time goes on there without you.  If you visit a location and then return there twenty years later things may have altered in your absence.  I know, crazy right?  Someplace so seemingly timeless and immutable as San Juan, Puerto Rico or Vienna, Austria may present themselves entirely differently upon your return.  If the British Museum in London can't be counted on to resolutely remain impermeable to transformation then what hope have we?
Twenty-five years ago I went to the British Museum, where I discovered the most amazing room filled with every literary nerd's most erotic fantasies.  Works by the greatest authors throughout history abounded in this spectacular domed library.  You could view handwritten drafts by da Vinci and Shakespeare.  Beowolf and ancient tomes of every conceivable religion.  You can see where Handel changed his mind and moved a demisemiquavor just a touch left in the Messiah.  There were historic letters and documents from an original Magna Carta to a Beatles' play list.  I became so entranced by this simple exhibit I lost track of time and wound up dragged, kicking and screaming from a museum I got to witness only a fraction of.
For the next twenty-five years I spoke reverently of the British Museum and its literary display.  Other objects I mentioned as well.  The British Museum contains within its walls the maximum number of famous moments of history possible without causing a tear in the fabric of space time and resulting in the ceasing of all life on Earth.  The Rosetta Stone, Crystal Skull, Cybele's Castration Clamps all reside here.  But the books?  The books were extra special.
Finally, twenty-five years later I returned.  This time I would bring a friend to share the wonder of the rough draft of Bleak House and the magical moment that was captured on paper when Beethoven hated something he had written down so all encompassingly that he nearly shred the sheet of paper in his determination to scratch away its existence.  I grabbed a map of the museum and perused it, searching for the literary display.  Nothing.  Determined to reach the object of my quest, we went to inquire a security guard of its location.  His response was not the one I had hoped for.  "The what?"  I believe was how he articulated it.
I described for him my previous trip and the book exhibit which so enthralled me to which he responded, "Wow, that sounds incredible.  Too bad we don't have one of those here.  How long ago was this?"
After I told him he interjected, "I believe there is an ancient relic still working here that may have been around back in the distant past of the 1980s.  Wow, were you really alive back then?"
Eventually, I got the information from the ancient relic.  The amazing room is no longer a part of the public museum, but is only used for special events and wild sex parties - you know how archeologists like to party.  And the books? are now on display at the British Library.  I squealed like an enraptured school girl - unfortunately shattering a priceless Ming Vase.  Luckily the vase was priceless so I didn't owe them anything and we headed to the British Library.  Well, the next day, because I still ended up being dragged kicking and screaming from the museum at closing time.
We walked into the Sir John Ritblat Gallery where the works are housed and the awe I felt humbled me just as much as it had those twenty-five years previously.  Seeing the handwritten notes of Jane Austen on small squares that could be more easily hidden from view if someone approached her.  Lewis Carroll's fanciful drawings in his handwritten original Alice.  Entire paragraphs exed out by Charlotte Bronte when she decides, "Screw you misogynistic world" allowing Jane Eyre to grow into a strong female character in a time when strong female women were an anathema to society.  Mozart, Bach, Chopin all humanized by mistakes and doubts, by moments of writer's block and occasional, distracted doodling.
This is the beauty of the display, as well as of the final works of art, music, and literature they represent.  For a moment you can feel as if you were present with the great Charles Dickens when he first conceived of a new character or when Mozart wrote something even he felt was special.  You can witness their triumphs and their momentary failings and realize that they were not any more sacrosanct than we.  If these mere mortals could accomplish and create such magnificant and timeless works of art, why not we?
"Timeless,"  I thought the word again.  Though the locations that contain them may change - sometimes to entirely different buildings in a mere 25 year blink of an eye - the works themselves remain eternal.  I felt a renewed sense of my own creativity and left the library with visions of my own rough drafts one day sharing a room with Leonardo's doodling. 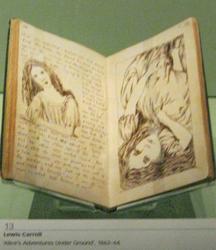 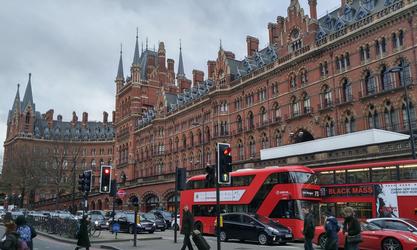 Everything Different Is Still the Same 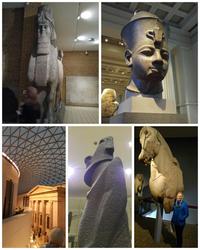 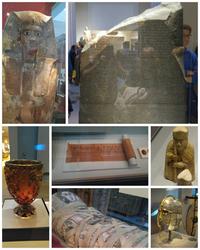 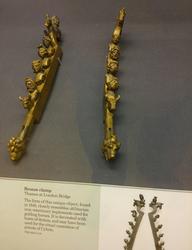 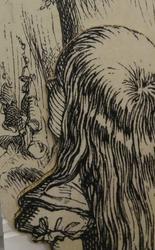 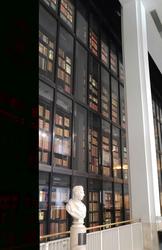 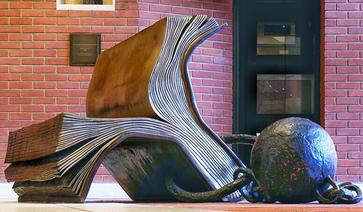