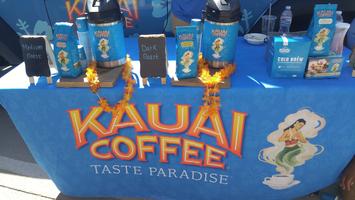 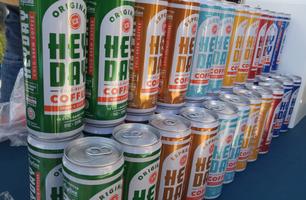 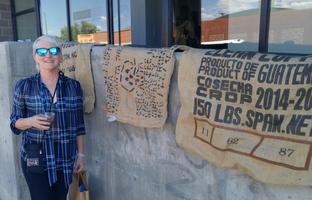 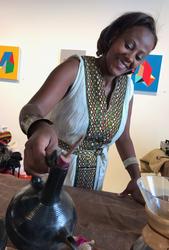 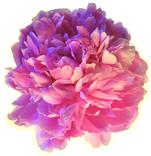 ​Denver Coffee - Not My Cup Of Tea 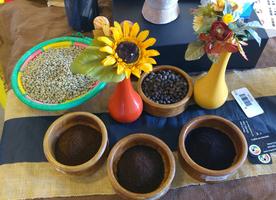 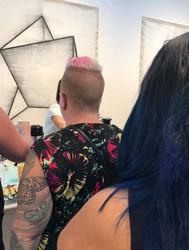 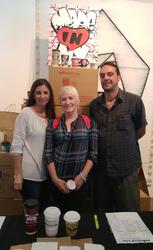 ​ Our journey begins in the assuming village of Denver, Colorado at that established traditional terminus a quo for most coffee connoisseurs - that old standby: 2nd Annual Coffee Expo in Denver.

Denver may not be the first place one thinks of when they think great coffee. In fact, most polls conducted in locations that aren't Denver seldom find Denver atop the list of dream coffee vacation destinations. Nevertheless, I chose the Denver Coffee Expo for one very important, often overlooked reason. I heard about it.

Hearing about things is among the best ways to experience life. Here is how it works: You read about or hear someone mention an event or location that interests you , . . . and go. Radical thinking for most of us, most of the time. Seldom do we ever make it past the "I wish I could do that" stage to the "Hey, maybe I could do that" phase. However, as I have been practicing to become proficient at this for the last several years I succeeded this go round.

​ As you approach the 2nd Annual Coffee Expo there is a moment where you begin to weigh the desire to partake in unlimited free coffee to determine if it surpasses the desire to not wind up exsanguinate in a dumpster. As you search for a safe place to do an emergency u-turn you suddenly realize your apprehension was misplaced as the neighborhood transforms into one of those old warehouse district turned artsy, coffee shoppy  home town breweryy, up and comingy sections of town. Before you can sit back and relax with this newfound knowledge you witness an extra from a zombie flick hobble out of an alley and reassess again. Each two blocks alternate your perception in a way that only a mid-regentrification neighborhood is capable of until you find yourself parked in front of an old, artsy warehouse on a block in which the apocalypse is still clinging on, but only as a mere faint memory. Entering the expo you feel welcomed by the people there, who give off the typical vibe of Denver. The people possess that chill, relaxed air of those who live close with nature and the beauty therein and feel that everyone is a budding friend until they make a conscious attempt to prove that they have no interest in being friendly.

As for the expo itself: Here is the thing about 2nd annuals: Typically the thinking is, "Well, that went okay. It is worth trying again." The original excitement has waned a bit, but a few mistakes have been corrected. New things are attempted; some of these work, some not so much. Second annuals are essentially an awkward teenager trying to discover where they fit in the world. Or that guy you decide to give another shot and let him take you out for that second date. A merely acceptable, spark-free date; however, it has been awhile since you went on one where no automatic dealbreakers were committed. Yes, he showed up in cargo shorts and only talked about himself all night, but at least he had a plan for the evening and isn't donning a greasy baseball cap and tennis shoes that flatter his unbrushed teeth.

​ This 2nd annual committed some crucial second date errors: They were prepared, but forgot some important details. Little things like actually knowing how they were going to make enough coffee at some of the stands or offering water for their dates who were standing out in the sun. Then there is the problem of them only considering their own point of view and assuming that everyone likes the same thing as them. The majority of the coffees possess a similar taste. One with notes of vinegar and sadness. When drinking a Colorado coffee there tends to be an aftertaste that I associate more with having misread the label on apple cider vinegar.

I blame kombucha, which is extremely popular amongst the homeless posers in the Denver/Boulder area. I am referring to the citizens of the region who strive to appear homeless, which is very "IN" here. In addition to appearing as if they haven't bathed since the Clinton presidency and found their clothes in an abandoned and recently flooded thrift shop, they like to walk around with the flavor of used vinegar lounging around on their tastebuds like a houseguest who refuses to abandon the couch a few months beyond what seems reasonable. The coffee reflects this desire to spend exorbitant amounts of money to look like you don't possess any money.

The expo itself was totally affordable, $20.00 per ticket.  Included in this spectacular pricing was the "Swag or Goody" bag; a ceramic coffee mug, tickets to other events around town, breakfast, coffee tastings, coffee flavored coffee liqueur, tickets for two alcoholic beverages and treats galore!  Including, Bobo bars, RX bars and nut butters, sport beans, canned coffees, juices, lemonades, kombuchas, coconut coffee creamers, it was like trick or treating for adults.  To me a goody bag is always super fun, and who doesn't enjoy freebies?

​ The main thing, however, that made this event worthwhile was the venders. With a few exceptions (who only showed interest in you if they thought they were getting something out of the deal and then pushing their own agenda rather than listening to you), the people working the booths were friendly and personable.

Kauai Coffee from Hawaii was the first stop along the way and we were greeted by two energetic, friendly girls who were clearly excited about being there. Several flavors of good, quality coffee which were a great start to the day. Then there was Rick of Ricardo's Coffee Liqueur who tells the tale of his journey from laid off land surveyor to award winning creator of coffee liqueur, by way of bartender. Immediately likable Michelle, Squarestateco.com, repping Natalie's juice co, was engaging and gregarious; even if you don't like juice and lemonades she actually makes you want to drink it. We spoke of travel and all of the experiences one has when on road trips. We learned about a part of Denver called the Rino district, a graffiti part of town that people actually want there and are not trying to paint over it.  We spoke about different interpretations of graffiti, such as when is it art and when is it only a defacement of public property (Tagging being a designation with which she was particularly displeased, but fond of discussing). Then there was printcup-USA, a company out of Miami, who at first seemed almost confused about where they were or how they got there. After a bit of conversation, however, they became a couple of the most likable people there and as soon as I figure out the perfect logo I intend to have them plaster it all over every cup, box, and other available surface in the nation because, . . . well, I will think of a reason later. But since this is my search for the greatest cup of coffee in the world my winner for stage 1 of the process goes to Hirut Crusan, founder of Konjo Ethiopean Coffee. She had the best tasting coffee, as well as the most aesthetically pleasing display of the day. I loved her passion about her coffee and her interesting journey from Ethiopia to Colorado, by way of France. She is a delight to talk to and her coffee is a delight to drink.

The beauty of small businesses is the fact that you get to actually talk to the owner who enthusiastically wants to share her humble beginnings. They are still excited about giving birth to this baby business and want everyone to see it grow. Annoying on social media, but engaging and interesting in person.  They are interested in why you are there and what you find interesting about their product. Is it the story or is it the actual product? Speaking to them, you are made to feel that you are the one who matters and when you give an opinion you can see them absorbing the insight. Which is the ongoing story of this story.  You then find the big guys who are self serving and are only interested in telling you about how great their products are and why you should have them.

Eventually, you begin to notice a pattern. The booths at which you enjoy the most stimulating conversation and feel the greatest connection tend to distribute the best, most flavorful products. Mere coincidence? Unlikely. Do people passing out samples of the better products feel better about themselves, and therefore, seem happier and more engaging? Perhaps, to an extent. Or option 3: Is our enjoyment of a cup of coffee directly affected by our connection with the person serving it to us?

Perhaps what makes us love coffee has little to do with the actual flavor of coffee. Most women are familiar with the experience of stopping abruptly to think, "Hmm, something smells like 3rd grade." This can represent a pleasant reminder of a happy, carefree time of friends, chocolate milk in small cardboard cartons, and rubber cement. Or, bring back horrible memories of the evil, old hag who duct taped you to the back of your desk because you were leaning over your schoolwork prior to discovering you needed glasses. This is the same reason why nearly everyone's mother or grandmother bakes the best cookies that have ever existed. Our minds trick us into believing something tastes yummy because our brain connects the flavor to a wondrous moment we shared with a loved one in Paris. It could be Paris, France or Paris, Tennessee. This could help explain the continued existence of circus peanuts or Dominos Pizza. But maybe that is the negative way of looking at the process. The thought of our tastes being influenced and perpetuated by beautiful, fun memories possesses a beauty all its own.

Perhaps this flavor I don't personally care for contains notes of indescribable mountain vistas and fond memories of hanging around with laid back friends. The aroma of Denver coffee may be reminiscent of a healthy lifestyle of biking, hiking and skiing in the most remarkable landscape the United States has to offer. That finish I think of as sour, leaves others with a contented smile and the taste of warm people who share a genuine respect and care for this magnificent place they call home. Because, in the end, when the coffee is drunk and the pastries are nothing but tasty, minute crumbs of past desire, what remains is the memories and those we share them with. 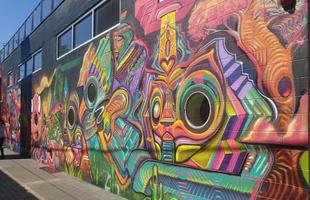