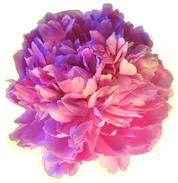 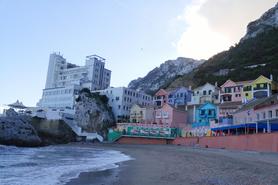 Start at Portugal and go east along the Mediterranean until you reach France. The journey is unforgettable and filled with enough scenic, memory-clogging beauty to satisfy even the most difficult and spoiled of tourists. Still, there remains one area that confuses and astounds more than any other. What is up with that odd, out-of-place, English speaking, giant rock sitting out in the middle of the sea?
The very existence and survival of Gibraltar begs three main questions. The first two are simply how and why? The third is why is it not every English speaking person on the planet's goal to live there? Nothing against the British Isles, which are beautiful and filled with incredible history and culture. But Gibraltar is like a chunk of the British Isles that God scooped up and set down by the southern tip of Europe til he figured out what to do with it. Then He got distracted and forgot about it, and there it has remained ever since. What sane human being wouldn't take their homeland and move it to the Mediterranean climate? Now, I know there are people out there that like winter weather, which is why I specified "sane" in my description.
Not that Gibraltar is simply Great Britain South. Gibraltar constitutes a strange combination of cultures: primarily English, Spanish, Moroccan, and tourism.
In many ways Gibraltar frustrates as much as enthralls. There are fees for everything you do. It's kind of like Disney Land, sans the giant, castrano-voiced rat. I frequently found myself holding my breath for fear of receiving an oxygen intake summary report when I tried to cross the border back into Spain.
Nevertheless, despite some of the touristy feel, I found Gibraltar charming and intriguing. The citizens of the rock consider themselves British through and through; not character actors in an amusement park version of England.
Whatever else you might hear spoken of Gibraltar - negative or positive - coming up on it by land or sea it feels impressive and imposing. One can't help but wonder how bizarre that these two giant monolithic rocks Gibraltar and Jebel Musa, aka, the Pillars of Hercules, came to form such a perfect gateway to announce that you are about to enter or leave the Mediterranean. I looked it up and discovered it was, in fact, Hercules who created them by cutting the mountains in half. So, that clears that up.
Gibraltar is, in essence, a magnificent natural fortress. Enhanced by tunnels and turrets, amazing cliffs and thrashing seas. All those things that occupy boyhood fantasy locations from the ages of three or so to around 96.
Then there are, of course, the primitive, ape-like primates. Unnerving and annoying, these primates - most often referred to as tourists - won't leave alone the poor monkeys who reside there. The Macaque - signs warn - may bite. What the signs fail to follow up with, perhaps due to lack of space, is "when pestered mercilessly by the less civilized tourist species." Tourists, as opposed to travellers, are the most ill-mannered and unsophisticated of creatures. Briefly, the difference is tourists believe everything they see is there just for their own personal amusement and inherently beneath them. Whereas, the traveller views the world through a place of respect and awe.
I saw a number of idiots poking at the macaques. Yelling and taunting until the monkeys would eventually roll their eyes and retreat to the trees. One tourist I witnessed teased a macaque with a candy bar while his equally moronic friends laughed at his clever shenanigans up until the macaque jumped on the man and grabbed the treat, scratching him in the process. After which, the tourist became indignant and demanded recompense for his suffering. In an attempt to be helpful I stepped in.
"She isn't actually employed by the country; so I guess you're going to have to sue the monkey."
This drew laughs from my fellow travellers and the ire of the tourists.
Gibraltar laughed along with us. It doesn't care for the tourists either, but it tolerates them for now because it likes the money. But if enough travellers stop by, Gibraltar would love to toss the tourists into the sea and be rid of them. The Pillars of Hercules deserve a little more respect.
​