Strolling through the University of Miami campus in Coral Gables is like taking a mini virtual voyage around the world. More than 50 different countries are represented here; and unlike the non virtual world the international boundaries that separate them don't mean much here.

​ College campuses are receiving a great deal of bad press these days - some of it deserved. But despite all the negativity directed towards universities they provide something that the world needs a lot more of: hope and positivity. Regardless of the many failings, most of which exist because of the distorted financial side of education, college creates an environment for people to become themselves. Many think students are being brainwashed in college to see things from a predetermined perspective. I disagree. I see people who have been trained to view life one way since birth suddenly discovering that it is okay to look at the world through their own personal experience and ideas.
Discovering for the first time that there exists more than one way to look at the world can appear overwhelming and it may take awhile to sort through the infinite perspectives that life has to offer. So, perhaps, those of us who have been through it already should give them an opportunity to do the same. Just because a kid comes home with some new ideas doesn't mean we need to hold an intervention or, in extreme cases, an exorcism. Even worse, we belittle them and make comments about how they will learn what life is really like.
I tire of all these old, bitter curmudgeons who lick their lips at the thought of optimistic dreamers who believe the world can become a better, less hate-filled place becoming disenchanted. These people genuinely long to see the crushed dreams and acceptance of the misery of life on the faces of young people. "The world will always be a miserable, angry, violent place," they say, "and the sooner you accept this, the better off you will be." So the fewer optimistic, energetic happier people there are, the sooner the planet can get down to some truly depressing suffering, like we were born for.
Walking around a college campus there exists a palpable energy. Ideas are new and fresh and hope is alive. The students at a university actually believe they can graduate from college and go out and make a difference in not just their own lives, but the lives of others. Instead of the rest of us attempting to squelch that enthusiasm when they leave school, perhaps we could be open to absorbing some of that energy. Encourage it, and horrifying as it sounds, become a conduit for this energy and hope and become a part of it ourselves.
Is our generation so bitter and broken that our only goal is to crush the vision of the people that we were once a long time ago? Spouting negativity and calling it wisdom.

American society historically cherishes traits such as, competition, aggressiveness, and ruthlessness in the business world. Millennials  and Gen Z are characterized as lacking these necessary traits for success. Insulting terms like snowflake demonstrate how they are viewed as wimps and weaklings. But do we really need enemies? Does there have to be a loser in order for me to be a winner? Can I only see myself favorably by comparing myself to others? These are the questions that younger people have chosen to answer in a different way.

As much as we mock the concept of everyone getting a trophy in sports maybe it is we who have missed the point. Perhaps I am more open to the concept because my greatest athletic accomplishment to date was an acrobatic slam dunk over the head of a four year old in a pool, from which I reemerged sputtering and gasping for air. Thus, for me the thought of feeling self worth from my own particular skills and talents that may not be as socially valued possesses an attractive alternative viewpoint.
Wandering the University of Miami campus I see people of diverse backgrounds. Friends who, by all appearances, seem the most unlikely of companions, who have discovered common bonds of humanity. College, for all its issues, remains a place where people come together as fellow members of the human race who maintain a shred of that childlike belief that everybody deserves happiness.
I know it's a radical thought, but just what if, our parents and grandparents were wrong? What if life isn't required to be filled with suffering and misery for us to deserve our reward? What if life isn't required to be viewed as a competition and we don't have to root for the failure of others to feel better about ourselves? What if it turns out we could all have happiness instead of hate? Wouldn't it be something if we found out there had been enough love out there in the world for everyone all along? 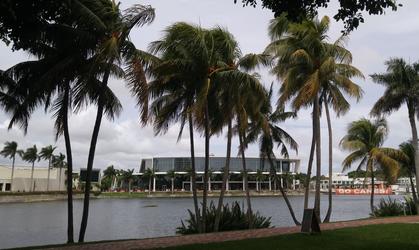 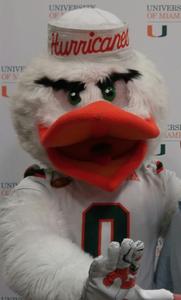 ​In Defense Of Education 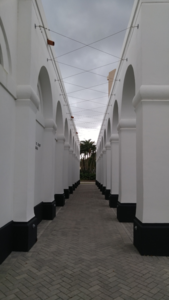 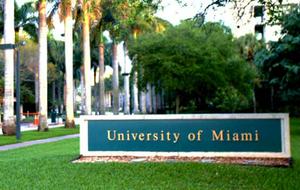