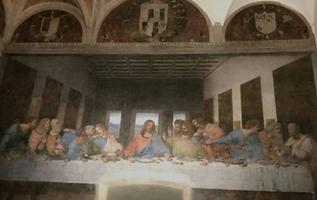 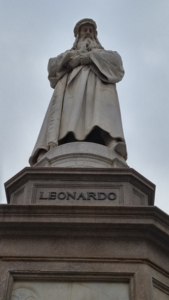 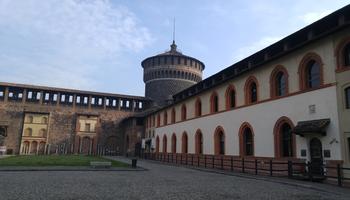 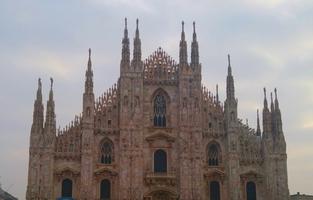 Take That First Step, It's A Doozy 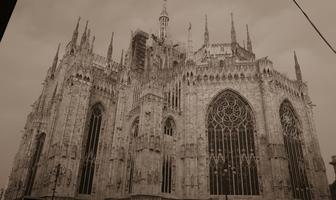 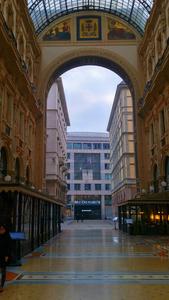 ​ As an inventor - I was the creator of an early version of the remote control when I duct taped two broom handles together to change channels from the comfort of the recliner - I am fascinated by Leonardo da Vinci. The inconceivable idea of inventing inventions impossible to invent until the imperative industrial technology to invent them is invented is mind boggling, as well as a clever bit of alliteration. The quintessential renaissance man, Leonardo excelled at so many fields of study and art that it is difficult to find an occupation in which you can't draw from his inspiration - if for some reason you didn't want to do so.

In Milan, however, one can pretty easily follow in Leonardo's footsteps, quite literally, because the "The Last Supper" resides there at the Convent of Santa Maria delle Grazie, and seeing as how it is painted directly on the wall no one has yet managed to move it into a museum he never visited. He assuredly walked past the Duomo a time or two to check out the progress. Because it would have been halfway through its 2nd century of construction at the time, with only four more centuries to go. On the other side of the Galleria Vittorio Emanuele from the Duomo there is a statue of him in the Piazza della Scala but he assuredly never posed for it. Not so much because it was not created until 300 years after he died, but because if he had been asked to do so he would have called Pietro Magni a mook and told him up your nose with a rubber hose. Because whenever I have make-believe dialogue with Leonardo he sounds a lot like Vinnie from Welcome Back Kotter.

During my make-believe banter with Leo in Milan he brought up a good point. Following in someone's footsteps sounds all great and everything, but it isn't really going to get you anywhere. Well, it will; but only one place, and somebody already beat you to it. Why would you want to go to a predetermined place on a trail already blazed before? Veering off the path leads to the unknown. It leads to danger, uncertainty, risk, possibility, excitement, adventure, and to some uncharted destination no one has yet discovered.

​ "Vinnie," I interupted him, "I mean, Leo, you might be the most brilliant, talented person to ever live. Your footsteps lead to somewhere amazing."

He imaginary shrugged. "The Mona Lisa has already been painted. Are you going to do it again? Why? . . . What? . . . Where? What do we need with a second Mona Lisa? You have your own Mona Lisa waiting to be painted. If you are following in my footsteps the world will miss out on yours.

"You might be following in your father's footsteps today," he continued, "because he wants you to take over his law practice one day. Step one foot to the east and you might be training with a shaman in Burundi tomorrow. Maybe you desire to be a lawyer, which is fine. But if you would be happier applying a poultice made out of nettles and wasp venom to a young boy with a snakebite, get out of the lawyer footprints. Learn shamanism and then blaze new trails from there."

He got quiet for a bit. "My dad was basically a lawyer. Can you imagine me as a lawyer?"

"I can't imagine what Italy would be like if you had been a lawyer. You obviously could have done it, but the whole world would have seemed diminished somehow. No Mona Lisa. No Vitruvian Man."

"And," he added, "Tom Hanks would have never found the Holy Grail."

It was now my turn to get quiet.

We stood there a moment looking at "The Last Supper". "You know," he said finally, "Michelangelo suggested I should add some Jell-o to the table for a pop of color. I think it works fine without it though."

"Agreed," I told him holding back a laugh, knowing he had stolen that line from Monty Python. "How did you capture such raw emotion in a mural? It's so intense. I'm glad you followed your own path. . . . Do you really think I have my own Mona Lisa to share with the world, Leo?"

"Without question. Just keep blazing your own trail and it will take you right there."

We leaned in closer and I could almost hear the apostles cries in this life-altering moment from the past depicted so beautifully by a man who designed dozens of objects from the future.

"Wish I could put my arm around you," he said after a bit. "Too bad I am just a figment of your imagination." He paused a moment. "They probably have a medication for that, you know," he said laughing.

"I don't see my footsteps heading in that direction," I responded with a smile. 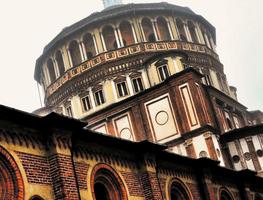 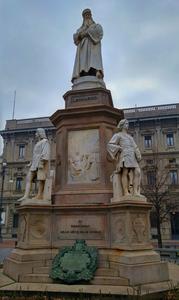 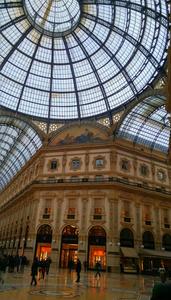 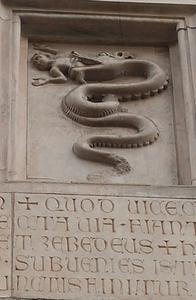 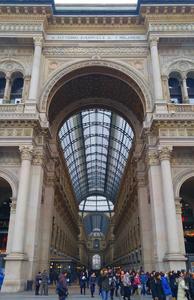 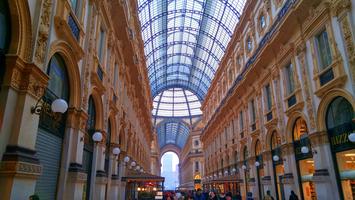