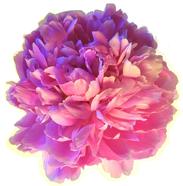 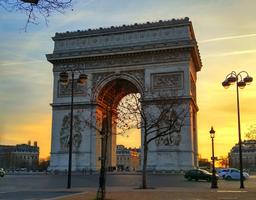 Paris has much to offer the expectant traveler: Iconic buildings, unrivaled museums, extravagant culinary selections, top-notch berets, and more French people than the entire French Quarter of New Orleans. Thus, I twittered with excitement making my way into the city that morning. Unfortunately, I discovered something new about this romantic destination. Apparently, Paris has been hiding something. It turns out Paris clearly needs to be on some medication. I personally would prescribe lithium as I have diagnosed the city as bipolar with evidence of desynchronization of diurnal rhythms.
I first entered into Paris upon the break of dawn just as the sun found its way up through the Arc de Triomphe, casting a brilliant glow upon an already beautiful sight  - an incredible first impression by any standards. From there however, my opinion began to waver.
As I began to explore I realized that throughout most of the city the beggars are vast in number and just as likely to take no for an answer as your teenager beseeching you for the keys to the car. It's like a scene from Les Miserables where hordes of homeless are vying for the alms of a single nobleman. How I became confused with a nobleman can likely be attributed to my elegant style and the eloquence with which I address my fellow man, but I soon found myself accosted on all sides. Imagine stepping out of a subway and finding yourself in a used car lot surrounded by car salesmen. It is not quite that bad but close.
The Eiffel Tower is the perfect example of the bipolarity of Paris. During the day the Eiffel Tower is just so much gray brown metal. Rather impressive in its own way, but hardly worthy of its status as perhaps the most iconic and romantic structure in the world. And to visit it you must slog your way through enough horse and dog feces to fertilize all the corn fields in Illinois. Dodging hordes of professionally sales trained vagrants, roughly one million people selling 3 inch tall replicas of the tower, and perhaps one trillion tourists buying them as you blindly feel your way through the dust storm that lingers in the place where, rumor has it, a grassy park once stood, you finally reach your destination and decide to go to the top only to be informed the line begins somewhere far off in the horizon past the infestation of humans and maze of excrement you just waded through to get here.
At this point you have decided enough. You are about to give Paris the finger and ride out of town when the sun goes down and stops you in your tracks.
The Eiffel Tower suddenly bursts into life and magically morphs into mesmerizing art before your eyes and you think, "Oh, now I get it." The deep purple sky proves the perfect canvas for the graceful curves and stark lines of this monument you are no longer surprised represents the very essence of romance around the world.
You are so enchanted by Paris' other personality it is hard to remember back to an earlier time when you had been anxious to abandon it, lo those five long minutes before as you revel in the glistening beauty of a walk along the Seine. The Sacre Coeur shines elegant and stark white out of the darkness on it's hilltop, while the entire city bewitches you with the promises of still more enchantments to come.

You awake in the morning expecting the old Paris to return, but you are still under the spell. Dining on savory crepes and impossible pastries while gazing across the river at the terrifying magnificence of Notre Dame, Paris beguiles you still. Sure, there is still some part of you buried deep that recalls the less desirable side of the city, but for now it is silenced by the sublime beauty.
No, Paris is not perfect and most definitely carries within its borders a myriad of unpleasant diseases, but when you look at it in the right light it shines magnificent. So let yourself enjoy it. Accept the fantasy being offered to you and feel the romance.

Just be careful where you step.
​

A Prescription For Paris