and so on, until you close your eyes to discover, to your horror that the image has been etched into the back of your retina and will never fully heal again.
The dry heat, of which so many sing of its wonders, bakes you and your helpless vehicle as though you were driving a matchbox car across the world's largest oven.  Remember your innocent car can't climb into itself to partake in its own air conditioning and may decide to end it all and commit suicide somewhere just outside of nowhere in particular.  Which is a dry and ugly place.
The Pacific Coast Highway, conversely, is a lovely land filled with goodness and cheer.
It reminds me of The Wizard of Oz when Dorothy gets bitch slapped by a tornado in the black and white despair of Kansas and awakens in the colorful delight of Oz. Leading to the ridiculous and incomprehensible plot line of trying to get back.  Correct Dorothy, there is no place like home.  Which is why you should appreciate this great gift that God has given you, change your name, and, for Christ's sake, stay away from those shoes.

The Pacific Coast Highway, conversely, is a lovely land filled with goodness and cheer. Take off from amazing San Diego and enjoy the beautiful, relaxed towns before you reach the pit of Hell that is Los Angeles.  Think of the traffic as an opportunity to partake in delightful Encinitas and Carlsbad a little bit longer.  Then, if you are a religious person, you can pretend that LA is atonement for some perceived sin that your diety of choice hates you for.  But remember, LA too shall pass.  Once you escape LA the rest of the trip becomes an endless string of exclaiming, "Okay, that's it.  It can't possibly get any more picturesque than this." every time you go around another curve.
And there will be curves.  The PCH dances along the Pacific Ocean.  The two moving together in perfect rhythm as they frolic through the breath-taking scenery.  If the Pacific darts out unexpectedly, pirouettes, and finishes off with a triple axle just before performing a reverse fleckeryll back into the rocks the PCH follows suit.  So flawless and unified they are in their movements it becomes impossible to determine who leads.  All the more graceful their waltz appears because the Pacific Coast has not been littered with all the clutter of homes, signs, and resorts that plague the Atlantic.
Eventually the magnificence of the Pacific drops you off in San Francisco - a city so incredible that its people are willing to pay $10,000 or more per month to suffer from nightly hypothermia.  So treat yourself to Nick's Crispy Tacos and an Irish coffee from Buena Vista.  It's time to celebrate not being one of those other people.  You know, the I5ers. 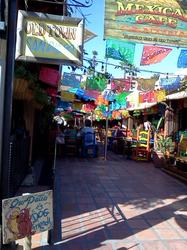 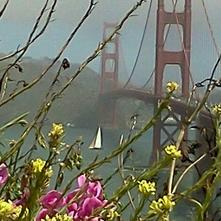 So, you're thinking about driving from San Diego to San Francisco? And, if you're not, just humor me. For the sake of argument, you want to drive through California. There exist a couple of options here. Well, technically there are an infinite number of possibilities. But, again for the sake of argument, let's say you aren't considering the one involving traversing the Andes by alpaca, then unicycling across the Pampas, crossing the Atlantic upon the back of a grouper, hitchhiking from Equatorial Guinea, and taking the Slip n' Slide the rest of the way to San Fran (although writing it out like this it does sound kind of fun) or any of the other multitude of options.  So let's just stick with two here: Driving up Interstate 5 or taking the Pacific Coast Highway.
Both choices have their positives and negatives, and both possess their own disciples who swear by them. The PCH tends to be more for those people who actually enjoy life and value those intangible things such as: beauty, nature, human interaction, and not dying in the desert. The I5 attracts people who despise all things good and holy, treasure desolation, crave dreary solitude, and pray for their miserable souls to be at long last ripped from this mortal coil and blessed death to take them and end their suffering.
Granted, some will say driving up the interstate will get you where you want to go quicker. However, the creatures who speak such are typically soulless businessmen who would sell their mothers into slavery if it meant they could get to a meeting before a rival businessman who didn't sell his mother into slavery. And yes, I realize the logistics of this example seem absurd because the transaction time required to make the sale would seem to make you later, not earlier. So maybe he simply bartered his mom into slavery in exchange for a private yet.
Still, there are members of the human race who, inexplicably, prefer the I5. These are primarily sadomasochists, who crave depression and regard every moment of fun and joy with abject disdain; escaped cons; businessmen; and Kelly Pickler - though I have only heard this from a friend as an unsubstantiated rumor.
When you first embark upon the journey you may think, "Those mountains are kind of beautiful."  But don't be swayed. 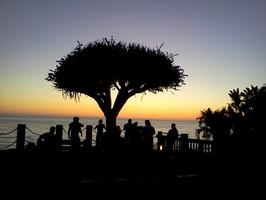 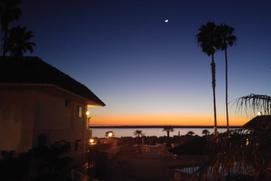 and then turns into this view: 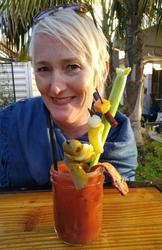 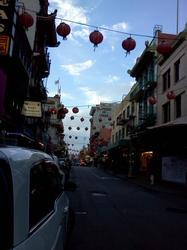 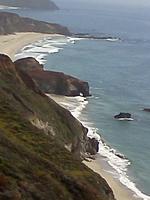 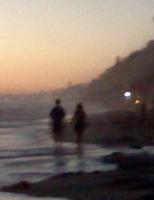 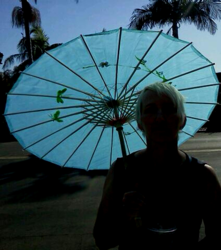