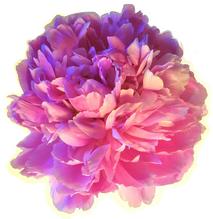 Occasionally you go someplace that, for the life of you, you can't think of anything negative about which to say. Prague is one of those places for me. Even Positano, which is beautiful beyond current acceptable legal limits, and Brussels, which puts the North Pole to shame in Christmas cheer, don't possess the same "feeling impelled to return quotient as Prague. For those unfamiliar - which would be everyone since I just invented it - the feeling impelled to return quotient, or FIRQ is the most universally accepted measurement for a city's returnability standards.
Prague is one of those rare places where you can go and visit all the touristy sites and not leave disappointed. You could go to Prague and be led around like a mindless sheep to Prague Castle , Old Town Square, Charles Bridge, and whatever else might be part of an official tour and still have a rewarding experience. But I beg you; don't limit your experience to the expected. Every street in Prague offers something interesting. Just be certain to prepare for the ridiculous number of pictures you are about to take. Prague has the highest photograph per square meter ratio in all of Europe (another new measurement criteria.)
Whether it's the beautiful, (St Vitus Cathedral, Tyn Church, and virtually every other thing in Prague), the historic, (Charles Bridge, Old Town Hall catacombs and astronomical clock, and virtually every other thing in Prague), or the bizarre, (Dancing House, random figures floating above the streets, or the boy with the golden penis), you will find yourself compelled to take pictures. Determining you aren't going to take one more picture, meets with miserable failure on every block.
The boy with the golden penis probably has another name, but no one seems aware of what that might be. He resides just outside the toy museum near Prague Castle - the toy museum is a must-see for you Krampus fans - and sees more action than a bass player from a top 10 eighties band. Go simply to see the line of women waiting to help polish his member to a golden hue. I asked around and no one seemed certain of the significance of doing so. My belief is that a girl did it on a dare centuries ago and a line formed behind her, which continues to perpetuate itself to this day. A couple of people theorized it is done to improve one's sex life. I suspect there could be some truth to that as it seems to be working well for him.
Even if you don't need to improve your sex life Prague might change your life. You can't possibly take in that much beauty, culture, history, and great food and not be irrevocably altered. Prague Effective Reorder, while not yet an FDA approved treatment for Seasonal Effective Disorder, has shown amazing promise in clinical trials.
You can have your mind literally altered if that's your thing. Some restaurants offer assorted flavours of fire as a beverage.  Staromacek Praga restaurant provided one of my favorite dining experiences and topped it off with a tall glass of plum flavored lighter fluid for desert. While I have been told that this tradition of lighting absinthe on fire and sniffing the fumes is a tradition only in the sense of "wouldn't it be funny if we told tourists it was a tradition to inhale the deadly fumes of burning absinthe," I say who cares. Breath in the harmful chemicals and have fun.
But it is Christmastime when Prague is at its best. Performances of all accepted genres and several questionable ones can be seen all over every street. The lost art of human being stacking remains alive and well here. You can enjoy street foods like halusky, which is basically an entire weeks worth of meals put into a trash compactor before devouring, and trdelnik, a giant straw made out of nice, warm cinnamon dough. Old Town Square has the most amazing Christmas tree I have yet seen and you can climb to the top of the Old Town Hall tower where the view makes the thought of returning to everyday life seem asinine.
Okay, look. Just go to Prague, alright. That is essentially what I am trying to say. If nothing else, it has Bruce Willis in full body wax. What more do you need?

Prague - Better Than Wherever You Are, Unless You're In Prague 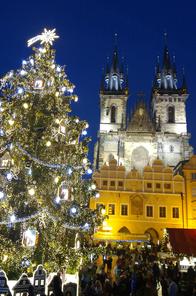