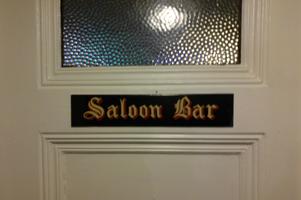 Here's the thing about pubs as opposed to bars. When you walk in a pub you are immediately a member of a group. The fewer people you walk in with the larger the group of companions you are about to have. This is the nature of pubs. In bars one can enter ignored and remain so throughout the night. There are regulars who hang out together and anyone else is a suspicious outsider for a longer time than I have been willing to stay in a bar to find out.
In the pub you barely get through the door and someone includes you in this conversation which has been going on for untold years before you arrive. In this particular pub in Stansted the conversation was a rather disgusted one about the lottery. Having missed out on the most recent decades of the discussion I wasn't certain of the proper response. Largely because I wasn't aware of the existence of a lottery in England until the question was asked and three seconds is hardly enough time to develop a stand on an issue with no detailed information. He was clearly anti, so I went the safe route.
"Bloody oath. It's about time somebody gave us a fair suck of the sav."
Which went over fine except for the fact that I had inadvertently gone with an Australian phrase and was now forced to spend the entire night speaking in a poor Australian accent. Which was also fine because my audience was drunk.
Now an accepted member of the group, I began to elaborate on my disgust of the lottery and how it is never won by myself or any of my good friends here in the pub. This met with cheers and a request for my name.
"Richmond," I came up with on the spur of the moment, then repeated it again as I racked my brain for an Australian name. "Richmond, Crocodile Richmond."
"Well, Crocodile, welcome to The Crown," said a large, drunk Scotsman slapping me on the back and realigning a vertebrae which had been troubling me since failing to properly mind the gap in Crystal Palace.
Encouraged by their reaction I began to feel more comfortable espousing my pretend opinion and soon had them more riled than when I arrived. Which was fine until I uttered, "I don't know about you blokes, but I am tired of just talking about it and ready to do something."
Big cheers. Then angry Scotsman stood up and grabbed my shoulder pulling me up with him and twisting my spine back out of place. "Who is with me and Croc?"
More cheers as I found myself leading an angry mob out into the streets.
Unfortunately, or more accurately, fortunately, having no idea what the issue was or who was responsible all I could do was lead them around town yelling about how bloody pissed we were and how we weren't going to take it anymore. When that got old we went through a couple of rounds of Doo Waa Diddy and headed back to the pub.
"You're alright, Crocodile," angry Scotsman told me with a spine realigning slap on the back.
"Just happened to be in the right place at the right time," I replied in my thick Australian brogue. Feels good to make a difference."
Then Crocodile Richmond walked out into the English mist feeling good about herself. 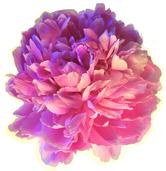