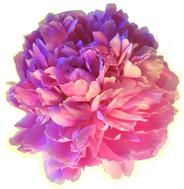 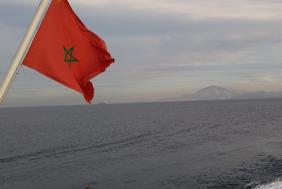 Tangiers - The Rescue (Conclusion to the exciting story)

​"Where are you headed?" my larger than life savior inquired.
I informed him my ultimate destination was back to Spain and he told me to follow him. We walked on, the sellers of various sundries merely brief faces leering around trees and buildings, hissing their hatred of my rescuer and I, but too afraid to launch another offensive.
"My name is Achmed," he told me to my disappointment. I looked at him a little doubtful. A Moroccan man calling himself Achmed seemed the American equivalent of saying your name is John Smith, I felt. But then, the number of people calling themselves John Smith and actually being John Smith is rather high, so I decided to accept it.
The rest of the day I followed Achmed through, the other Tangier - the part of Tangier that resembles Miami not at all. We went everywhere and Achmed knew everyone. We went into the places where people made the objects that I had been assaulted with earlier. People stretched silk down sidewalks and wrapped them in trees like giant spider webs set for unsuspecting tourists. I began to wonder if Achmed was truly the hero he had appeared or if his true identity was the giant spider leading his prey further into the trap. At times he took us into people's homes, claiming that he didn't know if they were there or not, but they wouldn't care either way.
At any moment I expected the trap to be unleashed and a quick demise in store for me, the sensible part of my brain, who I have to be honest has always been somewhat of a wuss, begged me to escape; but the curious, adventurous part continued to have too much fun and was enthralled enough to stay til the climax of the suspenseful treachery scene. Otherwise it would be like leaving before the end of a movie you could never catch the end of.
Achmed led me to an oceanside overlook of the city and pointed out the tip of Gibralter in the distance. I leaned out over the cliff, fully expecting to be pushed to my death, but apparently this wasn't the time or place. Instead I was treated to a magnificent view of a glistening white city overlooking an impossibly blue horizon. I asked Achmed what the strange rectangular pits carved out of the rock and filled with water were where we stood, and he informed me they were rectangular pits carved out of the rock and filled with water. So that cleared that up.
He led me still deeper into the city and took me to Cafe Baba, where more celebrities have been high than at Woodstock. I know this because there were signed photos of every performer from Woodstock hanging on the walls, and this was only a fraction of the famous people whose signatures adorned the place.
Achmed pointed out the estates of various famous and affluent members of the community, a surprisingly large number of them European and American and spoke about how Tangiers was once, and to some degree still is, a major playground for the rich and famous. Then, during the hour long walk around Barbara Hutton's house, Achmed began to talk about something I had contemplated all day. "You know what annoys me?" he said' "A lot of the world looks down on us here. But really this is one of the only places in the world where you will find people of all religions and all races living together in peace. We get talked about as if we're primitive, but we may be the only ones that really get it."
His argument appeared valid. Everywhere we went I had witnessed people of clearly different backgrounds and cultures side by side, working together and seemingly sharing bonds of friendship. While there were areas marked as the Portuguese neighborhood or the British sector, people seemed unconcerned with these borders. There might be a Jewish store next door to an Islamic store and they would refer business to one another. Europeans, Arabs, Jews, Americans, and Asians lived and worked in the same neighborhoods and appeared to like one another. There might be a synagogue across the street from a mosque and a Catholic or Protestant church down the street and everyone was cool with that. Achmed appeared correct. The Moroccan citizens were getting along. Despite various skin colors, religions, and traditional styles of dress everyone accepted one another the way they were.
It wasn't what I would call a melting pot, but more a fruit salad or vegetable soup. Each individual still recognizable for who they were, but fitting together to make a more interesting and flavorful dish than they would have been on their own. I realize a lot of people believe you need to give up part of who you are to fit in and make others comfortable, but I will be honest, I like the fruit salad.
He took me passed Roman ruins and through brightly colored market places. My life flashed before more eyes when we happen to walk in front of an elementary school just as the bell went off ending the day. The tsunami of children caught me up in their wake and deposited me ragged and bruised upon the base of a tree. Children are children, regardless of the country you're in I thought as I climbed back to my feet and resumed blindly following the man about whose intentions I was still not certain.
We journeyed on and about the time I was certain that the trap was about to close and the spider to sate itself I found myself back on the waterfront near the ferry. He aided me through the process of boarding the ferry and getting through customs. I tipped him well and then we shook hands.
"If you make it back to town look me up," Achmed said.
"I hope it's soon," I told him, and I meant it.