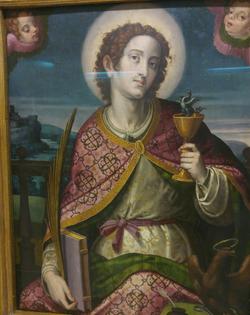 Sometimes it may seem as though those people who do a lot of international travelling come across as arrogant, uppity, snobbish, or any other of a host of synonyms for prideful that one could list.  Attempting to engage in conversation with one of these snooty individuals tends to become an endless exercise in futility to find a topic about which you won't have to listen to a dissertation on the kinship rites of the Walungpas of Nepal.  There is one very good reason for this apparent air of superiority of well-travelled persons.  They are, in fact, better than you.
I could drone on endlessly, albeit entertainingly, with a subjective discussion on how travelling makes one more well rounded, adventurous, and interesting than their narrow-minded counterparts, but to do so proves nothing except that I am more clever and articulate than you - largely because of my extensive travel and superior intelligence.  Instead, an objective and measurable look at the facts is required.
So here, without further ado, I write my comprehensive list of scientifically proven facts giving incontrovertible proof that the more you travel, the greater your worth as a human being:

#5)   It is a scientific fact that the average person who has traveled to multiple countries has seen a significantly larger portion of the Earth's surface than one who has not.  There are exceptions - particularly amongst those people who live in large countries and travel domestically - but overall evidence demonstrates a clear correlation.

#4)   People who travel internationally are, statistically, more likely to encounter people of other cultures than those who never leave their home town. Familiarity with different ways of viewing the world makes you a better, more well-rounded person. Anyone who has ever been through diversity training at work can tell you that.

#2)   Travelers tend to tell more interesting stories than people who still live in their own hometowns at 40.  Believe it or not the anecdote about the time they missed the train in Budapest and had to wait half an hour for the next one is still infinitely more interesting than yours about driving around the square (cruising the gut - if you are from Michigan), scoring some dope, or any drivel about your children, or God forbid, your dog.  NIF, or Narrative Interest Factor, a software program designed to quantify an individual's story telling capabilities has determined that even the most boring tale including the word Paris scores 8 to 10 times higher than your most interesting story about high school.

#1)  A recent poll of people who travel frequently demonstrated that an overwhelming percentage of people who travel feel that they are better than other people.  Because the numbers were so lopsided they cannot possibly be attributed to anything other than a legitimate increase in your appeal as a human being as a result of travel.  Non travellers were not polled because their opinions were not considered important enough.

What all this scientific evidence means is that if you are not traveling outside of your comfort zone, your worth as a person suffers.  So get out there and see the world.  Put on some airs, become a pretentious snob, and find yourself welcomed into our elitist community.  Just don't do anything too exciting, because we might get jealous and stop talking to you.