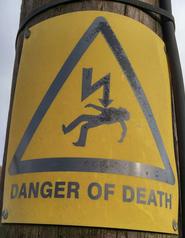 Ok, I am going to give you the greatest piece of travel advice you will ever hear. Never listen to travel advice. And no, I don't see the irony in that statement. Not sure what you mean. If I listened to most of the travel advice I have received I would still be in my hometown "cruising the gut" because "there ain't nothin out there that I cain't git right here in Lake Odessa." Other people I know have been given similar wise council about Nashville, McAllen, or even Branson, MO. If you have followed this advice it can be easily disproven by a short pilgrimage to the next town over, where any number of different experiences await. And the further away you journey the more different the experiences become.
Don't listen if someone tells you not to go to Munich because every time they have gone there they almost died. I am likely to make such a comment myself because I have visited Munich twice and found myself in life-threatening situations both times. Whereas, others have delivered long soliloquies praising the beauty of the city and the glorious moments they have enjoyed there. If they had listened to me, think of all the pleasant memories they would have missed out on. But seriously, I wouldn't go there because every time I have I almost died.
But otherwise if you have somewhere you are interested in seeing, go. And don't listen to your own advice when you decide to journey either. You will attempt to talk yourself out of any vacation idea that doesn't come with a downloadable itinerary.
Sitting in an airport terminal waiting to fly off into a new and unknown future there are all these doubts and questions that go through your mind: What am I doing? Is this the correct decision? Am I ready for this adventure? Did I remember to pack my thing that I need for the thing?
Or so I have heard from others. I personally never experience this. With my latest flight for example I mostly thought: Paella! But that is more evidence of my lack of any mental and spiritual depth more so than any courage on my part. But for those of you who have thoughts that transcend Maslow's first level of hierarchy these are entirely plausible fears, and nothing to be ashamed of. Unless, of course, they occur when leaving the southern or midwest US. Then your only thought should be, "Oh, thank God."
People will warn you of the horrific dangers that await you the moment you leave the protective confines of your own country where nothing bad ever happens to innocent people. However, one of the most shocking things you may find when leaving your comfy, advanced society to enter into the depths and backward depravity of the 3rd world - which for most Americans means anywhere outside the contiguous US - is just how unshocking it is. Oh, you will be shocked by the beauty, the completely different world view, and the gustatory selections that incorporate flavours beyond lard, sugar, and salt. But if you are hoping to find people living in the dark ages before the days of cell phones, I Pads, and transistor radios (or whatever it is the kids are using to listen to their music these days) I am afraid you are too late. I have left my 5 year old Android laying around on enough park benches, restaurant bars, and coroner's tables that if my technology impressed anyone it would have been gone long ago.

The thing is, people visit someplace and come back with tales of wonder or tales of woe based upon their own personal experiences. If you go to China and have a miserable time you will warn everyone not to go there. But China is kind of a big place with lots of diversity. This equates to visiting Little Rock, Arkansas and telling everyone that the United States is nothing but southern country people wearing hogs on their heads or traveling to Boston and coming home telling people that every single American wants to pick a fight with you smells like beans. Visiting Siberia does not make one an expert on Russian culture any more than seeing Mackinaw, IL makes one an authority on U.S. domestic policy.

So stop listening to experts who have been there already. Somewhere out there in the universe is a guy with tentacles where you would normally expect to see shoulder blades who would swivel his eye stalks toward you and tell you not to visit Earth because he went there and there was no one there and nothing going on. And he went right to the top of the planet where you would think the action should be.
So anyway, what I am attempting to convey is this: if you want to go somewhere, go. If for some inexplicable reason you would like to walk along the shores of Greenland, go. If your mental illness includes a desire to drive through LA, enjoy. And if your sick, twisted, perverse dream has always been to go ice fishing anywhere at all, ok, whatever. Listen to you. But, seriously, I wouldn't go to Munich. I have been there twice and almost died.